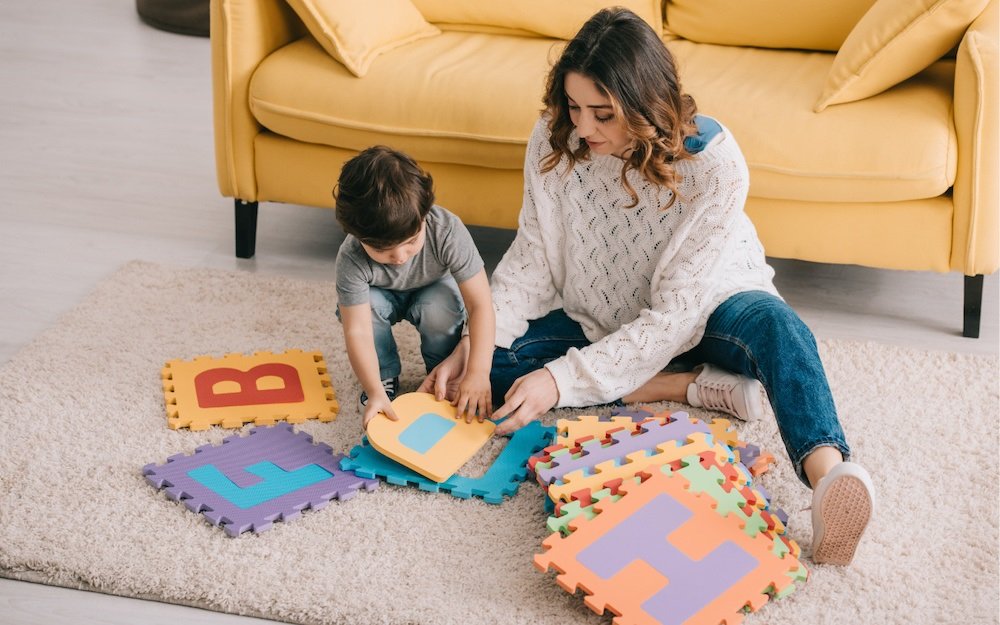 Easily the most heated debate in the homeschooling world is whether parents should be allowed to unschool their children. What does it mean to unschool? Is it legal? How is unschooling different from simply not going to school? Many questions surround this unique practice, but it is an option, at least in the USA. Some countries don’t allow any form of homeschool. I’ll explain how unschooling works and what it means for homeschooled students to learn this way. There are some unique challenges, but ultimately, the unschool method works for some students. Moreover, some very famous people learned everything they know with this uniquely self-driven educational system. A different way of absorbing information doesn’t mean that your kids won’t still absorb what they need to understand, but it does mean you need to become well-practiced at integrating lessons into their daily lives.

Is unschooling legal? Unschooling is legal in the USA. Because parents are allowed o self direct their child’s learning at home, doing so without the traditional structure is also permissible. Some states require standardized testing at various grade levels, and students in those places would still need to pass the state-mandated tests. However, school structured around a child’s interests, and life is still a valid education.

Children learn from the moment they are born. While some parents actively try to teach skills like language, others make no effort, yet their children learn to speak. Unschooling is the philosophy that as natural self educators, children should be allowed to continue learning in this way. However, that doesn’t mean there is no structure at all.

Because of its variable nature and the differing approaches of different families, unschooling can incorporate more traditional classes. Essentially it depends on the ‘teacher’ and the student.

Given a name by author John Holt back in the 1970s, Unschooling is simply an alternative educations system to structured school. According to Unschoolers.org, there are four basic ideas behind this unique education system.

First, children will learn. They are ‘built’ to obtain information from their surroundings independent of a structure. Second, when something interests a person, learning happens. Natural curiosity leads humans to study, and self educate wherever their passions lie. Third, learning is a side effect of living. Through our daily actions and interactions, we pick up information. Lastly, parents and other adults are not teachers. Instead, learning is an internal function within a child.

It Sounds Too Easy

While all the descriptions may seem, on the surface, to point to letting kids roam wild, feral and free, nothing could be further from the truth for the parents. It is vital to have a guiding hand to point the way to the necessary information and materials—otherwise, the interest and learning dead end where the child’s capabilities end. In short, if your unschooler can’t find or reach the tools, they’ll never build anything with them.

According to homeschoolhere.com, unschool parents are among the hardest working and most dedicated ‘teachers’ because they have to follow every interest up with books, videos, toys, games, experiences, and other interactions that foster learning. Allowing a child to self-direct does not mean you get to let them do ‘whatever.’ Quite the opposite.

Unschool parents have to pay attention to every aspect of what their children are interested in. It is immersive learning. Unlike a traditional school that limits learning to the required paths, an unschool parent would need to follow paths based on their children’s’ interests and find meaningful ways to bring more to the table in every area of interest.

Where Is it Hardest to Unschool

In the United States, there are a few places where unschooling is extremely easy. Alaska, for example, requires little oversight for homeschooled students. Meanwhile, New York asks for detailed record-keeping and even pictures of what a student is pursuing. To determine what laws and documentation are required in your area, I recommend clicking here to look up your state laws.

Arguably the hardest state in the USA to unschool would have to be North Dakota. According to Online College, “…  in North Dakota, parents must have a high school diploma or GED or be subject to monitoring for two years, which can be extended if the child does not have satisfactory standardized test scores. Standardized tests for all North Dakota homeschool children must be given in grades 4, 6, 8, and 10, and must be administered by a certified teacher. Scores are carefully evaluated, and if a child’s score falls low enough, the student will be subject to professional evaluation and assessment. There is a lot of intense oversight for families who may have struggling students in North Dakota.” Thus making ND one of the harshest and most restrictive places to unschool a child.

Sadly, there are places where unschooling isn’t even an option. Luckily, none of these are within the US. While the specifics vary, thirty-two countries do not allow any form of homeschool. A very few of these may make exceptions for special needs. Notably, Brazil, Cuba, Germany, Greece, Sweden, and Turkey are all on this list. There are countries where it’s almost impossible to get the permission associated. When you live in any of these places, it is simply illegal to school at home.

Do Unschooling Students Succeed In Life

For parents considering unschooling, the biggest questions beyond ‘how’ almost certainly revolve around the success rates of unschoolers. Do unschoolers go to college? Are there any well known ‘smart’ unschoolers? The simple answer is yes, unschool students are just as capable of success as other students.

Fortunately, there’s also plenty of documentation to back up the idea that unschool children are equally likely to succeed. To begin with, a few of the more famous unschoolers include Charles Dickens, Thomas Edison, Charlie Chaplin, Ansel Adams, Jaden Smith, the Jonas Brothers, Billie Eilish, Alexander Graham Bell, and Colonel Harland David Sanders, the founder of KFC. Artists, musicians, writers, restauranteurs, and inventors are not the only people who have skipped out on traditional school.

Astronomer Lisa Harvey-Smith was an unschooled child. Notably, astronomy is a highly mathematical field that requires intense study. People need an advanced graduate degree to become recognized astronomers. There is a lot more to this scientific field than simply looking through telescopes.

How Can an Unschooler Pursue a Higher Education

Parents who worry about their legal unschoolers getting into a good university can breathe a sigh of relief. The requirements are the same as they would be for any other student. Although an unschooler may need to work on a few subjects they missed, passing a high school equivalency test such as the GED or HiSet is an easily achievable goal. There are plenty of programs to help with this available in almost any community.

Even Ivy League schools take homeschool students, and unschool is homeschool, albeit one with a different format to its curriculum. Many schools even look more favorably on homeschool applicants. The inherent self-discipline and motivation involved in learning without the traditional structure of a classroom is an impressive life skill, after all.

Your unschooler will need to record their extracurricular activities, although they might not see them as such, given the methods they use to learn. Additionally, they must write a good essay and fill out the other application paperwork. Assuming they meet the institutions’ other requirements, then it’s unlikely that the lack of a traditional report card would even go into the decision making process.

Psychology Today did a couple of fascinating articles about adult unschoolers. The mentality of learning and approach is well documented. You may be surprised to learn that, “The always-unschooled group not only had the highest percentage who went on to a bachelor’s degree, but also the highest percentage who did not go on to any higher education.  Indeed, of the 24 respondents in that group, 14 went on to a bachelor’s degree, and 6 did not pursue any form of higher education.” We can safely assume that the other four people who are not mentioned either began college and didn’t finish or attained some other degree.

In short, only their personal motivations and drive determined where unschoolers went after they graduated unschool. Fourteen out of twenty-four is an impressive sample. Unschooling is legal, effective, and certainly no bar to further education.

Unschooling can be a superb way to educate children. While many students could benefit from the freedom to learn in this amazing self-directed way, it is especially beneficial to those who are naturally curious, or resistant to traditional learning methods. Instead of limiting a child to a structured system, letting them choose what and when to learn subjects is effective.

Children who feel they have some control over their lives are more confident. Students who believe in themselves and their abilities tend to do well and don’t get discouraged as easily. For parents who want to broaden their kids’ horizons, unschooling may be the perfect solution.

Depending on your state or countries’ specific laws on homeschool, you may need to find ways to work in some more traditional lessons. However, it is also possible to unschool as part of a more holistic approach as well.