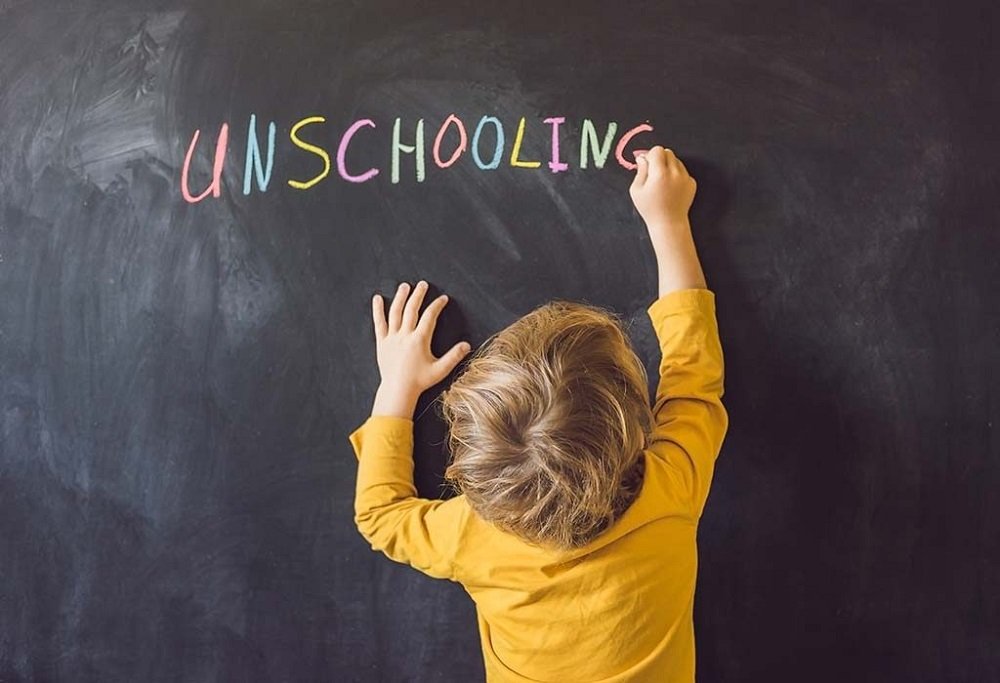 Parents of home learners have a lot of important choices to make for their children. For example, should you homeschool or unschool? There are some significant differences, and they will impact more than how your children learn. While both traditional homeschool and unschool are highly effective at-home teaching methods, the results after graduation can vary. I’ll walk you through the major differences in the styles and explain how they impact your child’s future. Moreover, I’ll provide you with some examples of extremely successful people within each of these learning styles. Making crucial choices about educating children is a parent’s right, but without all the information, it can be difficult to choose what works best for your home learners and offer them the best possible future. As a former educator and homeschool parent, I can offer you unique insight into these two very different systems and their outcomes.

Homeschooling versus unschooling, which should you choose? You should choose your style of homeschool or unschool based on how your child learns best and how involved you are in lessons. Homeschooling typically mimics a traditional classroom style of learning with a schedule and classes to complete. Meanwhile, unschooling is a holistic learning approach where children learn throughout the day. Furthering a child’s knowledge organically as they grow and develop requires intense attention to detail and constant mentoring.

Before we start looking into the details of homeschool and unschool, there’s something you need to understand. Both of these home teaching methods are types of homeschool. However, ‘homeschool’ is used as a specific term for a structured approach with class times and workbooks. At the same time, unschool is a teaching method that involves exploring the world and adding lessons into daily life in an organic manner. Homeschool is an umbrella term and a specific type of home-based learning that mimics traditional school.

Homeschooling and “unschooling, as a form of homeschooling, is legal in all 50 states.” While the competency testing and record-keeping vary based on your state laws, you can choose either option anywhere in the USA. New York appears to have the most oversight and restrictions in terms of the need to keep constant records of all types of homeschool activities. Meanwhile, Alaska has the least requirements of any state. Most fall somewhere in between, often requiring parents to submit a syllabus, take attendance, and have children pass at least one or more basic skills assessments during their school career.

In a nutshell, homeschooling is relocating where your child learns from a classroom in a public or private school to the home. Instead of a teacher choosing the syllabus and grading all of the work, parents or guardians do this job. Homeschoolers often utilize tutors or educators for assistance with classes, but the work they do is worksheets and computer-based, just as it would be in a traditional school.

Notably, both correspondence and online schooling are more like traditional schools because they exclusively use teachers and outside resources for the assignments. Also, the work is graded and credited entirely by an outside educator. This is home-learning, but it is not homeschool.

When you unschool children, they learn outside of the traditional school structure. Unless you kids specifically request them, no worksheets or books are assigned. In fact, there are no assignments as such. Instead, the children pursue their natural tendencies to explore and learn with an adult mentor who makes sure they learn all they can about these interests.

Some unschool parents use a hybrid system to help ensure their children get the benefits of subjects they aren’t pursuing as well. However, the idea behind unschool is that kids want to learn and do so by nature without being told when and how to take their lessons. In unschool, parents or guardians provide materials and experiences that allow students to learn what and when they desire and follow up on each lesson as far as they wish to continue.

Homeschoolers and Unschoolers in College

One of the most frequently asked questions for new homeschool and unschool parents is about the difference for their kids getting into college. Can homeschoolers further their education? What about unschooled children? The simple answer to both is a resounding yes; they can go to college.

There is a serious misunderstanding about what the requirements are for getting into a college or university. Parents who were raised in traditional schools think it’s all about grades and extracurriculars that come from a school district’s records. While it’s true that higher education institutions look at these things, they base most of their decision on entrance exams, letters of recommendation, test scores such as the SAT and ACT, and extracurricular pursuits. Fortunately, those extracurriculars can include far more than school sports and debate teams. Activities like community service, part-time jobs, travel, and volunteer work also count.

It is far simpler to have a highschool aged home learner take their classes through correspondence, but not doing so will not preclude them from seeking higher education. In fact, some of the most prestigious universities in the world have special intake officers to process homeschool and unschool applications. Regardless of which way you school your children, they need good records of their non-school activities and high scores on either the ACT or SAT to get into a good school.

For those who lack these things, a local community college may provide an inroad. Some schools have no entrance requirements. Students can show their capabilities in college, get the much needed extracurricular activities, and eventually achieve a degree, or transfer to a better school to finish.

Homeschool diplomas are completely valid. Alternately, for those who want a more traditional high school equivalency, the GED or HiSet test can offer an excellent alternative for unschoolers and homeschoolers. Test scores are still a factor for getting into good universities. This is an outstanding way to prove that your child learned the necessary material in unschool or homeschool if you don’t want to submit a homeschool diploma regardless of your reasoning.

Homeschoolers & Unschoolers in the Workforce

Should you be concerned about your homeschoolers or unschoolers future job potential? All parents worry about their kids’ futures, but there’s no need for excess concern for non-traditional school children seeking employment as adults. Though some individual employers could indeed hold it against your adult child, this is rare. More often, the experience of homeschooling in either style leaves kids uniquely well prepared for life as adults.

Among adults who were unschooled children, seventy-seven to eighty-eight percent of participants in a survey showed a clear correlation between their childhood interests and their future career. While none of the study participants appear to have had any trouble getting a job, they express high satisfaction in their career paths and an ability to pursue their goals. Moreover, most of these same study participants pursued successful college degrees and scored well in their courses.

In short, there is zero evidence that homeschool or unschool interferes with adult life. Intriguingly, there’s a wealth of information showing that home learners have better and more satisfying adult social interactions. Furthermore, adults who were homeschooled tend to do exceptionally well both in higher education and work-life. It’s normal to worry, but a well-balanced education and good socialization don’t need to come from a traditional school system. Both success and good social skills actually slightly less likely to occur among public and private school children than in their home-educated peers.

Among current famed homeschoolers, Emma Watson and Condoleeza Rice both studied at home. Comedian Whoopi Goldberg also went to homeschool. It doesn’t matter what career your homeschool and unschool students choose; they are as likely to succeed as anyone else who works hard.

Well known unschoolers also sport an impressive roster. Mayim Bialik, Elon Musk, and Albert Einstein all learned through this non-traditional method. Some surprising actors, athletes, and artists were unschooled as children. Agatha Christie and CS Lewis are both known for their many novels. Meanwhile, Venus and Serena Williams, Billie Eilish, the Jonas Brothers, DaVinci, Monet, and Ansel Adams are some of the more notable artists and sports professionals who have gone far in life without the need for a traditional or even homeschool-traditional learning method.

Despite a few persistent and unkind misconceptions about homeschool and unschool, these learning styles are very conducive to future achievement.

While it’s easy to see how traditional homeschool progresses, unschool is a bit more chaotic from an outside perspective. The idea of children who set their own educational goals and direct their own learning can seem odd, but ultimately, both methods work out well for the children and their families. Unschool isn’t a lack of school. It’s a freeform structure where children pursue their passions.

Whether you choose to homeschool or unschool, your child can succeed in their adult life. As you can see, both methods have yielded incredibly famous and talented adults. So how do you choose? Unschooling is more parent intensive because you need to seize every opportunity to help guide your children to learning they will need in life, while homeschool follows a pre-set structure. Which one is right for your home learners, and your family is entirely up to you.

The consequences of both homeschool and unschool rarely extend beyond occasional extra paperwork and competency testing. However, you should always check your local laws and standards before you make the final decision.