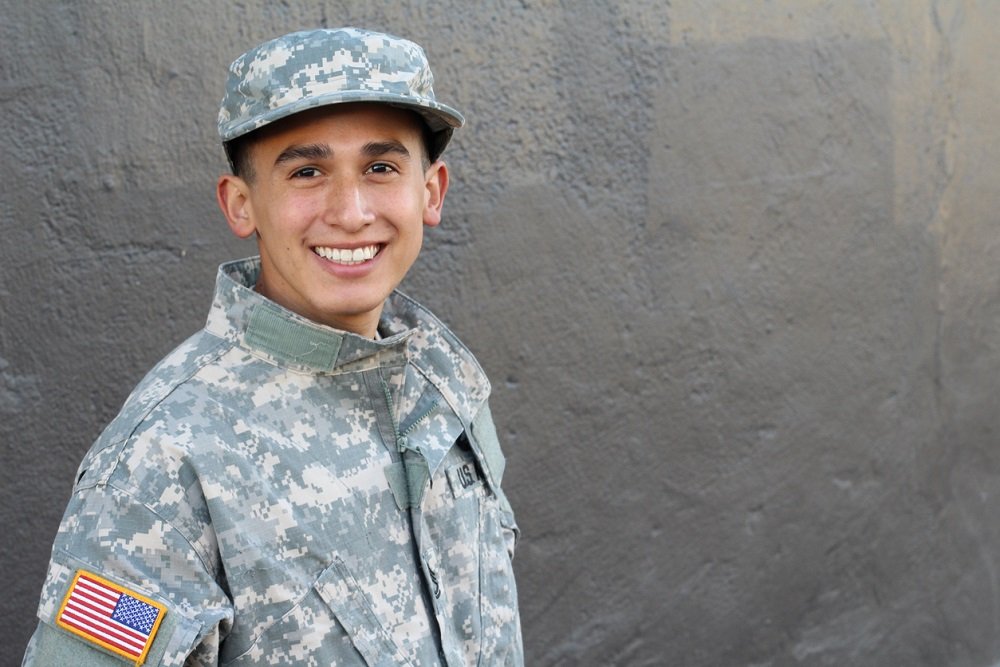 Homeschoolers are known for being well-rounded, civic-minded people with a penchant for helping others, so it’s only natural that some homeschoolers will want to serve in the military. Whether you are a military family with children or an older student with questions about your future, wondering whether you can join the military with a homeschool diploma makes sense. After all, no one wants to lose out on an opportunity merely because they got a high-quality education. Moreover, that would run counter to the purpose of home education for most people. I have done a deep dive into every aspect of joining the service as it relates to homeschool grads, and I’ll share everything I’ve learned in the process so you know precisely how to look into a military career after graduation. The process isn’t as complicated as you might expect.

The Military Used to Discriminate Against Homeschoolers, But Not Anymore

You can join the military with a homeschool diploma and enjoy the same benefits, pay, and status as any other Tier 1. However, homeschoolers who wanted to join the military didn’t always have the benefits they enjoy today. Before 1998, it’s likely that homeschoolers ran into a very different, difficult, and sometimes impossible process for enlistment, however, the Homeschool Legal Defense Association worked tirelessly with Congress to change those policies and protect the rights of homeschoolers. Please note, if you live in a country other than the USA, these policies are almost certainly different where you live and you will need to inquire with your nation’s military.

A good example of the former inequality was the AFQT test. Previously homeschool students had to score above the fiftieth percentile for admission. Meanwhile, both public and private school students could score thirty to thirty-five percent on the same test for admittance.

While many policy changes happened from 1998-2014, most of these changes were created to provide basic equality. It became a legal requirement to treat that home education as equal to other, more traditional education systems less than two decades ago, thus upholding a parent’s right to teach their children at home. Included in some of the legal changes, students of homeschool are no longer allowed to be treated as second class citizens in the military. While the legal status of homeschool may be listed as Tier 2, a homeschool grad receives the same bonuses, treatment, and benefits as a Tier 1.

Notably, these changes do not apply to people with GEDs or those attending an online school. Though both groups can still join the service, it’s vital to know that the process becomes more complicated if your home learner chooses one of these other options. Moreover, a hybrid program where a high school student joins some online or correspondence classes and does homeschool may be viewed as a non-homeschool diploma for the purpose of enlistment.

This means your home learner only qualifies for the special, protected status of a homeschool graduate if they completed home-driven learning as set forth, directed, and graded by a parent or guardian. For students who identify the desire to go into the military early, this can help determine the best course for the high school years.

How to Enlist in the Military With a Homeschool Diploma

There are two basic paths to entering the military with a homeschool diploma. The first, direct enlistment, is the most common. Meanwhile, those students who want to obtain higher education and at least one term in the armed forces and increase their chances of gaining a higher rank may opt to attend a military academy. In the latter case, the schooling is provided contingent upon a minimum amount of military service.

Students wishing to attend military academies need to be prepared for the challenges. There are high standards for college prep and minimum SAT/ACT scores. Additionally, the student wishing to enter needs to pass a physical, show clear leadership skills through a history of community service and extracurricular activities, and submit a more detailed high school transcript. Finally, you’ll also need a congressional or presidential appointment to be admitted, so you’ll need to petition your congress representative to get that before applying as well.

While each branch has slightly different enlistment policies and procedures, joining the military with a homeschool diploma is the same for all branches in some crucial ways as well. The HSLDA helped create some of the current legal protections, and it offers outstanding advice on joining the military if you need specific assistance with a problem. For everyone else,  I’ve included some of the things you should consider on the list below.

Other Requirements to Join the Military

Getting into the service isn’t as simple as signing a form and getting on a bus to bootcamp. You will need to fill out a multitude of forms, often more than once, and provide copies of any documentation requested. There are physical exams and proficiency tests to pass, and you may have a waiting period before they can send you to the Bootcamp that best suits your scores. Additionally, you can be denied entrance if you don’t meet the minimum standards, have been to jail, or are otherwise a bad fit.

All applicants to the US armed forces must take the ASVAB including the AFQT. As I mentioned previously, the laws were recently changed to offer equal opportunity to entrants from homeschool. However, they still need to meet or exceed the minimum scores to be allowed to join. Each branch has its own requirements, but the thirty-fifth percentile is usually about as low as it goes for admission unless there’s a draft.

The Armed Services Vocational Aptitude Battery or ASVAB as it is commonly known determines what areas of service would suit you best. This test is Developed and maintained by the Department of Defense to represent our armed forces changing needs. Specialties, training, and enlistment bonuses most often hinge on these scores which test your mathematics knowledge, arithmetic reasoning skills, word comprehension, and paragraph comprehension.

A student that doesn’t qualify in some way, whether from a marginally too-low test score or missing piece of documentation may ask for a waiver. Unfortunately, these can be difficult to obtain. You will need to show clear evidence that whatever disqualifies you from service is either invalid or not as valuable as what you have to offer as a soldier. If you need a special waiver I highly recommend talking to a recruiter for your branch to get the specifics on what your situation entails and whether it’s possible to circumvent the initial refusal. Since policies vary based on the state, branch, and year you wish to enlist, this is one area where the answer is subjective.

Military service is nothing if not disciplined, and the self-discipline you learn as a homeschool child translates extremely well to serving your country. There’s no reason to worry about your diploma holding you back. With good records, you can make a smooth transition directly to bootcamp.

Additionally, seventeen-year-olds can join the armed forces with parental consent. Thus, military service is available to home learners who graduate early as well. Keep in mind, any big leap regardless of the direction should be undertaken with care and consideration.

Once you’re sure that military service is right for your homeschool kids, help them contact the branch they wish to join well in advance. A recruiter can assist home learners in making this life-changing decision and work with parents to make sure all the paperwork is in order.